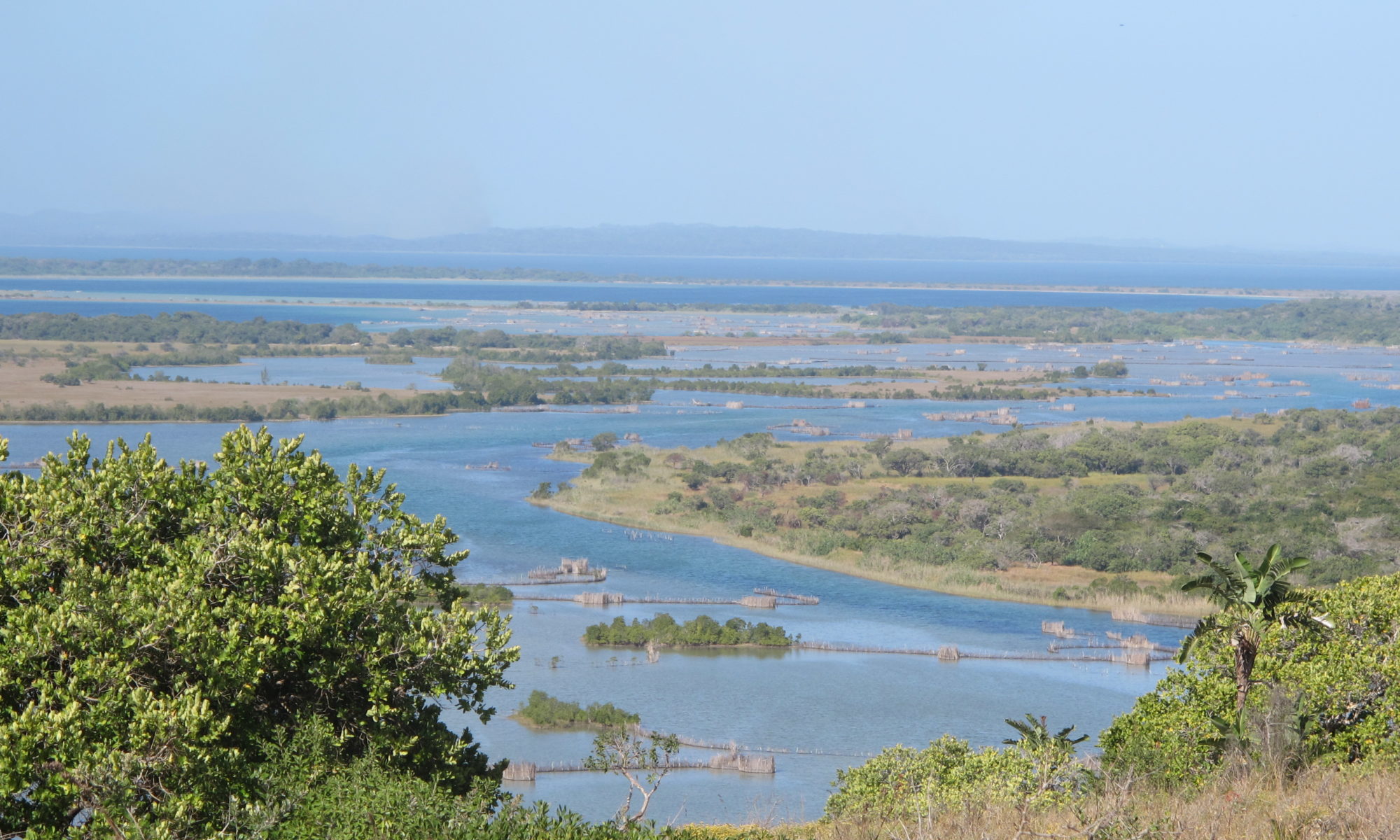 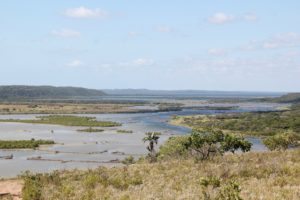 Kosi Bay – a Section of Isimangaliso

The Kosi Bay estuary system consists of a series of interconnecting channels and four lakes that flow into the sandy estuary mouth before reaching the Indian Ocean. This subtropical paradise features spectacular wildlife, birds and plants, including interesting species of mangrove and palms.  The sandy mouth offers great swimming, snorkeling and paddling for kids. 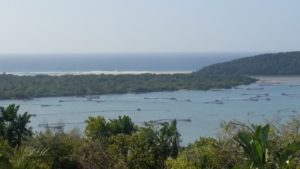 ​Stretching south of the Mozambique border, the gorgeous sandy beach at Kosi Bay Nature Reserve has much to offer nature and ocean lovers.  Part of iSimangaliso Wetland Park, a UNESCO World Heritage Site, the beach lies parallel to the Kosi lakes and long strip of high sand dunes interrupted by a sandy estuary. 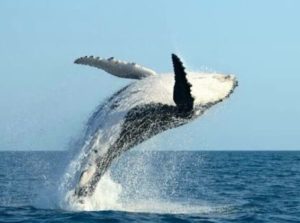 ​Dolphin and whale watchers will be delighted by frequent sightings, particularly during winter when humpback whales migrate north to calve in the warmer Mozambique waters.

December and January is a particularly exciting time in Kosi Bay, for this is when loggerhead and leatherback turtles haul themselves up the beach to scoop out nests and lay their eggs. 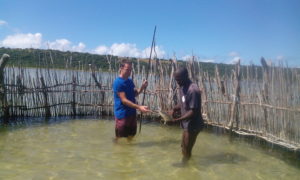 The local Thonga (the Tembe community) have a rich and fascinating history. Kosi Bay is famed for the traditional, woven fish traps and palisade kraals used by the community for well over 700 years – a skill passed down from generation to generation. The palisade fish kraals consist of a guide fence that curves in towards a fish trap, allowing fish easy entry but no escape. The traps are designed for small fish to escape, so there’s no major impact on the thriving fish population.

Kosi Bay offers some of the most exciting birding opportunities in southern Africa to both local and foreign visitors.

Access to Kosi Bay estuary and beach is a 30-minute drive requiring a 4WD vehicle. The route provides spectacular views across the fish trap dotted lake to the sea from the top of the high dunes.

Kosi Bay mouth is a conserved Coastal Forest, therefor you cannot just drive to the beach without a vehicle permit, and only 20 vehicle permits are being issued per day.

We use cookies on our website to give you the most relevant experience by remembering your preferences and repeat visits. By clicking “Accept All”, you consent to the use of ALL the cookies. However, you may visit "Cookie Settings" to provide a controlled consent.
Cookie SettingsAccept All
Manage consent

This website uses cookies to improve your experience while you navigate through the website. Out of these, the cookies that are categorized as necessary are stored on your browser as they are essential for the working of basic functionalities of the website. We also use third-party cookies that help us analyze and understand how you use this website. These cookies will be stored in your browser only with your consent. You also have the option to opt-out of these cookies. But opting out of some of these cookies may affect your browsing experience.
Necessary Always Enabled
Necessary cookies are absolutely essential for the website to function properly. These cookies ensure basic functionalities and security features of the website, anonymously.
Functional
Functional cookies help to perform certain functionalities like sharing the content of the website on social media platforms, collect feedbacks, and other third-party features.
Performance
Performance cookies are used to understand and analyze the key performance indexes of the website which helps in delivering a better user experience for the visitors.
Analytics
Analytical cookies are used to understand how visitors interact with the website. These cookies help provide information on metrics the number of visitors, bounce rate, traffic source, etc.
Advertisement
Advertisement cookies are used to provide visitors with relevant ads and marketing campaigns. These cookies track visitors across websites and collect information to provide customized ads.
Others
Other uncategorized cookies are those that are being analyzed and have not been classified into a category as yet.
SAVE & ACCEPT